The Tip of a Taxation Iceberg? The potential liability of a legal personal representative – Proctor (Queensland Law Society), November 2018

Saying no to being an executor and still keep the client’ – In the Black (CPA Aust),  November 2017, with Katerina  Peiros of Hartwell Legal.

“Accountants as executors: does it add up?” – In the Black (CPA Aust),  September 2017, with Katerina  Peiros of Hartwell Legal.

“It’s your funeral – the (frequently thankless) role of the executor” – In The Black, (CPA Aust),  June 2017, with Katerina  Peiros of Hartwell Legal.

Lawyers and accountants work together for clients– InTheBlack.com, March 2018

Dangers for accountants in being executor of an estate – Live Chat – CPA Australia, March 201

When accountants cross the line to wills and estates – InTheBlack.com, November 2016

Death Duties again? ……. Really?? Murmurings abound at the moment about different ways that the Federal Government may want to bring in more tax revenue to pay off post-Covid debt, or to better fund aged care in the future, or to do both. Inevitably, when base broadening and wealth taxes come up, death duties enter (or re-enter) the discussion. Having been part of Australia’s tax mix since before Federation at a colonial level, and since 1914 at a Federal level, they were ditched at both levels by the early 1980’s, but that does not stop people re-advocating for their reintroduction.

​Explanation of cash flow assistance for businesses  On 22 March 2020 the Federal Government announced that it would provide a tax free payment of up to $100,000 for eligible small and medium sized businesses that employ workers who withhold Pay As You Go (PAYG) tax from salary and wages.  Equivalent relief will also be provided to eligible not-for-profit entities (including charities) who employ staff.  This announcement has been subsequently legislated as the Boosting Cash Flow for Employers (Coronavirus Economic Response Package) Act 2020 which received Royal Assent on 24 March 2020.

BNR Partners have won the ‘Accountancy Team of the Year (midsize firm)’ category at the STEP 2019/20 Global Private Client Awards that took place in London on 26th September 2019.  Hosted by STEP, the worldwide professional association for those advising families across generations, the Awards are highly regarded as a celebration of excellence across the private client world.  All entries go through a rigorous, practitioner-led judging process to select the best in the industry. The Judges commended us by saying ‘BNR Partners’ dynamic and refreshing entry demonstrated strong growth and an impressive commitment to both its clients and to the wider profession‘.  Over 600 client professionals and guests gathered for the awards held at the Park Plaza Westminster Bridge in London for an evening hosted by actor, writer and broadcaster Sally Phillip.

AAT decision stands despite taxpayer’s death The Administrative Appeals Tribunal (AAT) recently held in in Mavris and FCT (2018) AATA 4130 that it had the jurisdiction to make a decision concerning an objection decision after the completion of a hearing even though the taxpayer died before the publication of that decision.

“Specialising in Estates and Trusts” 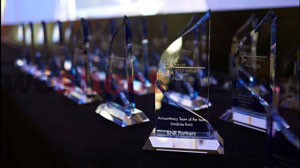 Ian Raspin had the recent pleasure of being interviewed by Robyn Jacobson from Tax Banker for their very popular podcast series Tax Yak.

In this interview we discussed some of the many taxation issues associated with deceased estates.   The podcast can be accessed here. 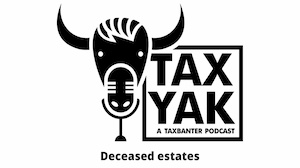 We provide a tailored service that is structured around your unique needs and circumstances.

We provide a tailored service that is structured around your unique needs and circumstances.

Liability limited by a scheme approved under Professional Standards Legislation