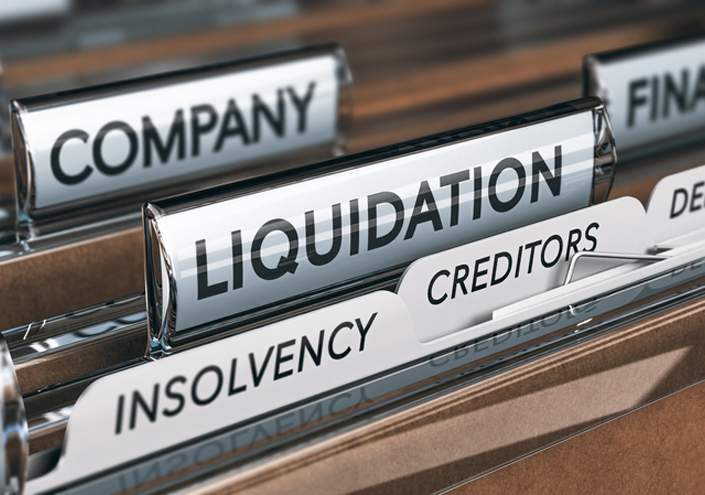 36. Dealing with a company connected to an estate

How do you deal with a company associated with the deceased?

36. Dealing with a company connected to an estate

How do you deal with a company associated with the deceased?

Not uncommonly, deceased estate work will require dealing with shares owned by the deceased in a private company – whether it was a company that had operated a business or simply had investment assets.

This article considers the tax issues that arise from the various ways that the value of an solvent investment company owned by the deceased can be placed in the hands of the beneficiaries of the deceased estate. [1]

It is assumed that all parties (the legal personal representative (LPR) and beneficiaries) are Australian tax residents? [2]

Some scenarios below involve the dissolution of the company. For a solvent company, this can proceed by way of simple a deregistration, or formal winding-up (liquidation) process can be used. Usually, the deregistration process is simpler and cheaper, but certain tax reliefs (for example, for the distribution of pre-CGT profits) require a winding-up process.

Getting rid of the company can be tricky and requires consideration of any tax needed to be paid by the company, and the tax implications of distributions to the shareholder who now has the deceased’s shares and CGT on the ending of the shares.

If a buyer can be found for the private company shares, they may simply be sold by the (LPR) or beneficiary to whom they pass. This will generally be no different from the sale of any other asset owned by the deceased.

This scenario will not be considered for the purpose of this article. Commercially this option is not one that often occurs.

The sale of the assets by the company will have normal CGT consequences for the company (assuming the company was not trading in the shares such that they were trading stock or otherwise on income account).

Sales of pre-CGT assets will not trigger a liability (but care should be taken to ensure that they are pre-CGT assets – that is, the company has not previously had a change of ownership to trigger Division 149 (note that there is an exception for changes resulting from death).

Payment of dividend to LPR

Tax paid by the company on capital gains from post-CGT asset sales will generate franking credits that can be used to pay franked dividends. But care should be taken to ensure that distributions that generate franking debits do not arise in a year earlier than the one in which the tax is paid, or franking deficit tax (and possibly a 30% franking penalty (reduction in offset)) may arise. In terms of distributions to the LPR, there are several issues to be considered.

Where some flexibility exists, the tax position of the estate or beneficiaries should be considered in making the distributions – for example, if a beneficiary is tax exempt and entitled to a refund of franking credits (section 207-115 of the ITAA 1997), the LPR might make them specifically entitled to the franked dividends.

CGT issues for LPR from ending of shares

The dissolution of a company will result in the ending of the ownership of the shares by the LPR, so CGT at that level will need to be considered.

Distributions in liquidation from pre-CGT asset gains will not be assessable as dividends, but those distributions will nevertheless be capital proceeds for the ending of the shares in the company.

Liquidation distributions are usually both dividends and capital proceeds.

The anti-overlap rule in section 118-20 and 118-20(1A) will prevent double tax, but it should be noted that because dividends are also proceeds, capital losses won’t generally be available. (Sometimes capital losses do arise because of a market value step-up on pre-CGT shares at death and pre-liquidation dividends distributions are made prior to death, exposing a share reduced cost base in excess of remaining asset value. Where the LPR is an individual, subsection 110-55(7) would not prevent the loss, but contrived arrangements to split distributions pre and post liquidation may well attract the general anti-avoidance provisions in Part IVA ITAA 1997.

For completeness, it is noted that in a formal liquidation both final distributions and interim non-dividend distributions made within 18 months before the dissolution of the company are regarded as capital proceeds for the ending of the shares – see section 104-135.

Under this option the company makes an in specie distribution of its assets to the LPR as shareholder. The LPR then distributes the assets to the beneficiaries of the estate and the company is dissolved. This is a much more technically complex scenario than simply taking cash.

The company will be taken to have disposed of the shares for market value proceeds. The company would need to ensure that it has other funds available to meet any tax liability.

The asset transfer may also involve a distribution and a possible dividend. Complex questions exist as to whether in specie distributions produce their own ‘profits’ for dividend purposes – most say that the inherent profit on the asset is also distributed, but the answer is not clear – and depending on accounting entries in the company, the transfer of the asset may also represent other profits of the company. Consequences may differ depending on whether the company is only to be deregistered (and so distributions are from a ‘going concern’ company) or placed into liquidation.

To the extent an in specie distribution constitutes a dividend for tax purposes, it will usually be frankable, but a franking debit will arise in the year of the distribution and, unlike a cash distribution, it is not possible to defer the debit until the year the tax is paid. A franking credit cannot arise for a pre-payment of tax. This can cause franking deficit tax and especially offset penalty issues which may not be solvable without the exercise of the Commissioner’s discretion.

CGT on ending of shares

If the company is liquidated, the in specie distribution will usually also be capital proceeds for the shares, and it will be necessary to determine the CGT consequences of that. Consequences may depend on whether the deceased’s shares were pre-CGT acquired or not – if pre-CGT, the market value to the estate at date of death will often eliminate capital gains on these shares. If the shares were post-CGT, consequences may depend on whether the distribution gave rise to dividends or not, and the application of the anti-overlap provisions in sections 118-20 and 118-20(1A).

We are not finished yet! A whole set of possible consequences then exist when the estate makes an in specie distribution of the assets to the beneficiary. Noting that these were not assets of the deceased, capital gains and capital losses on the transfer may arise but not usually as they will have been acquired for market value from the company.

Under this option, the shares in the company pass to the beneficiaries and they continue to operate it. For CGT purposes, the shares will be acquired at the deceased’s cost base (or reduced cost base) for post-CGT shares, and market value at the date of death for pre-CGT shares.

This approach of using the death rollover has the result of deferring any tax implications that would otherwise flow from realising the company assets, making distributions and/or dissolving the company. Ultimately though many of the issues discussed above earlier will need to be addressed.

In some cases, there may not be enough shares in the private company to give at least one to each beneficiary – a share split or similar may be necessary. A potential issue is whether the Commissioner would regard the split shares as assets owned by the deceased person for the purposes of the roll-over in Division 128.

[1] This newsletter only considers cases where the private company shares are still in the estate, not where they are held on testamentary settlements, though these raise similar issues.
[2] If beneficiaries are non-resident, CGT event K3 may be triggered by passing the shares in the private company to them (unless the company is land rich) and franked distributions will often be preferred as they are not be subject to any further tax in Australia.