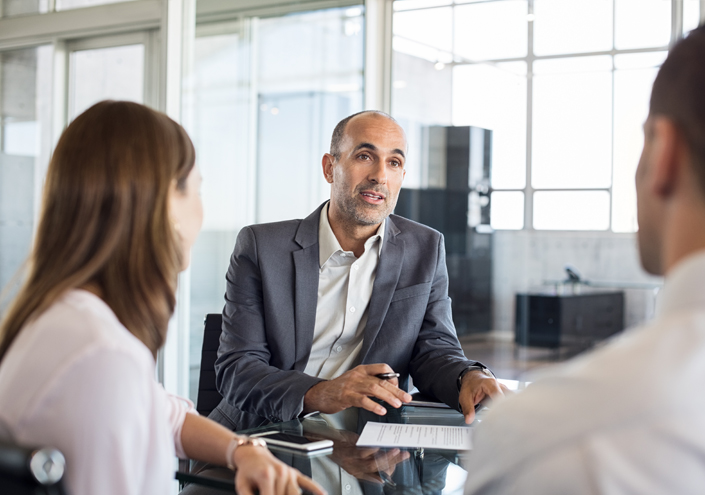 1. When is an estate income tax return required?

Perhaps the easiest way to assess this is to ask if this was your own personal financial affairs would you have an obligation to lodge an income tax return bearing in mind that the deceased has fundamentally the same requirements to lodge a return as any individual taxpayer?

1. When is an estate income tax return required?

Perhaps the easiest way to assess this is to ask if this was your own personal financial affairs would you have an obligation to lodge an income tax return bearing in mind that the deceased has fundamentally the same requirements to lodge a return as any individual taxpayer?

The fundamental questions are really as follows:

The first question is an important one. If the taxpayer has either paid or had tax withheld and has income above the tax free threshold, the estate could be eligible for a tax refund or potentially have a tax liability. Generally, if a taxpayer has paid tax in any form, then it is a fair indication that the executor may have an income tax obligation to consider.

Importantly, both the deceased and estate are treated by the Income Tax Assessment Act (ITAA) as separate taxpayers and accordingly both are entitled to the full tax free threshold in the year of death. The Act does not pro rata this entitlement, so both the returns would be eligible to the full $18,200 tax free threshold. Moreover, that estate returns are specifically excluded from the Medicare levy of 1.5% on any undistributed income. s. 215(s) of ITAA 1936.

A taxpayer who was in business has an automatic obligation to lodge a tax return regardless of the income levels of the business, and this would include if the business was trading at a loss. It is important to note that this obligation does not include business income generated from either a private trust or company, but rather relates to business income generated from trading as either a sole trader or as a partner of a partnership. Trust distributions and private company dividends would however be included when assessing if a taxpayer had an obligation to lodge an income tax return.

This return is required to be prepared for the period commencing at the beginning of the taxpayer’s financial year (normally 1st July) to their respective date of death. Any income earned during this period should be reviewed to determine if the taxpayer has any tax obligations, i.e. their income for the period is greater than $18,200. If the legal personal presentative (LPR) determines that there is no obligation or need to lodge an income tax return, then they should lodge a nonlodgement advice with the Australian Taxation Office (ATO). Both this form and the date of death return (sometimes referred to as the final return) are the medium to advise the ATO that the taxpayer is now deceased and that no further returns are required. The LPR should also ensure that they determine any outstanding tax obligations the deceased had at their date of death, and appropriately address these at this time.

This return aligns itself with the administration period of the estate and as noted above is the responsibility of the LPR, who must determine if the estate has or will have any tax obligations, and then ensure that these obligations are met. If the estate does have tax obligations, then the LPR must apply for a separate tax file number (TFN) to that of the deceased. There is no need to lodge an estate tax return for the income year if all of the following apply:

The ITAA provides for a deceased estate to be taxed using standard adult marginal rates for a period up to three years. The Commissioner does however have the ability to remove this concession if it’s believed that the estate administration is being unnecessarily delayed; in particular to take advantage of lower marginal rates than beneficiaries may be subject to within their own names.

Should I lodge anyway?

There are two schools of thought when it comes deciding to lodge an income tax return, and neither is technically incorrect, so this should be decided on a case by case scenario.

This means that as such, once a return is lodged, the clock physically starts ticking and when this time period elapses, any errors or unintended omissions within the return are essentially quarantined. The two year amendment period generally relates to taxpayers with more basic affairs such as salary and wages, bank interest and dividends. Whereas in situations where a taxpayer is conducting a business, holds a rental property or is a beneficiary of trust income, then this audit period will be extended to 4 years.

Given the uncertainty of the LPR’s personal responsibility of income tax after an estate has been distributed, we see a number of executors opt to avail themselves of the protection of this quarantined period by physically lodging a return even when the income is below the tax free threshold. It would be fair to say that from our observations the industry would appear to be equally split between lodging and not lodging in these cases.

Furthermore, the ATO has released Practical Compliance Guideline (PCG 2018/4) – Income tax – liability of a LPR of a deceased person. The guideline provides the LPR an idea of the ATO’s position on outstanding returns and tax liabilities of a deceased taxpayer and when the LPR can distribute without being made personally liable for outstanding tax debts. More information can be found on our website.

Finally, it should be noted, that in the case of fraud or tax evasion the Commissioner has an unlimited time frame in which to amend returns.

It is worth noting that taxpayers in receipt of fully franked dividends could be eligible for a refund of the associated franking credits even if their income did not reach the tax-free threshold. We have seen this at times missed by both the taxpayer and subsequently the LPR. It can easily accumulate in size to thousands of dollars of missed tax refunds.

The below actual example highlights how a relatively straight forward matter can soon result in a number of tax obligations.

John was a war veteran and died in January 2016 at the age of 77. His wife had died some 10 years earlier. At his date of death his assets were:

John also received a war pension which is tax exempt and had ceased lodging tax returns 10 years earlier has he had technically determined that he no longer had an obligation to lodge tax returns as his income was below the tax free threshold for senior Australians. As a result, John had lodged his final tax return 10 years ago.

In his Will, John had appointed his war buddy Tom as his executor and had left his estate to be divided equally between his daughter Jane who now lived in Zurich and Legacy Australia; a registered deductible gift recipient. Jane has already indicated that she would like to take an in-specie transfer of shares and cash, whilst Legacy Australia had indicated a preference for cash.

After consulting with advisers, Tom decided to:

After the assets all transferred or sold, Tom decided it might be prudent to call the ATO to assess his limited understanding of his tax obligations as an executor. The ATO correctly explained that returns would be required for the estate as assets have been sold and that he should find an accountant specialising in deceased estates to assist him.

Upon contacting BNR, and our team undertaking a review of the estate, it was confirmed that tax returns would be needed for both the individual and the estate.

Our review resulted in BNR identifying the following tax issues and obligations: