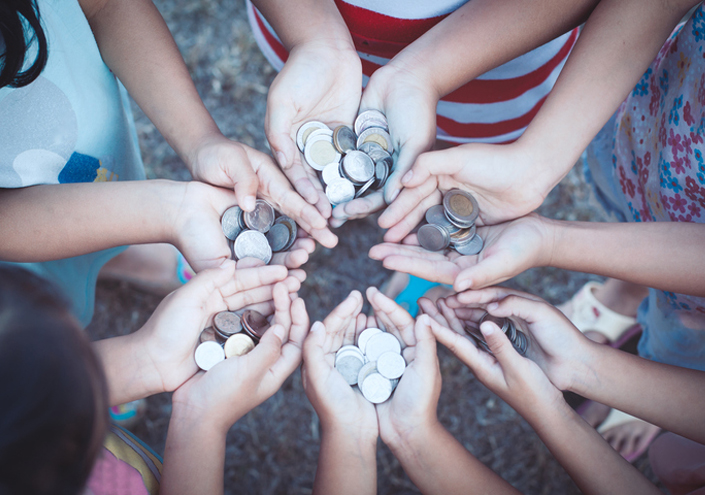 21. A sense of entitlement – understanding the difference for tax purposes between absolute, present and specific entitlement

21. A sense of entitlement – understanding the difference for tax purposes between absolute, present and specific entitlement

The way that trusts are taxed depends on whether there are beneficiaries who are ‘entitled’ to particular ‘things’.

There is often confusion about the different ‘entitlement’ tests. This newsletter explores three forms of ‘entitlement’ referred to in the income tax legislation, how they interact and how they arise in the context of a deceased estate or testamentary trust. It is important to note at the outset that although a deceased estate is not a trust for general law purposes, it is treated as a trust for tax purposes.

The absolute entitlement rules operate only for CGT purposes. Strictly, if the asset is used to produce income or a loss, that income or loss is taken into account in calculating the net (or taxable) income of the trust and is assessable under the general rules that apply to trusts. In practice however, many people treat the absolutely entitled beneficiary as having made the income or loss directly. The disconnect between the CGT and income rules was recognised by the Board of Taxation which made recommendations to government following a self-initiated review.

The ATO’s views about when a beneficiary is absolutely entitled to a trust asset are set out in Draft Taxation Ruling TR 2004/D25. Essentially, that draft ruling expresses the view that a single beneficiary who has an absolute vested interest in an asset and who can demand that the asset be transferred to them or at their direction, is absolutely entitled to the asset.

Critically, the ATO takes the view that multiple beneficiaries cannot be absolutely entitled to a single trust asset. The ruling also says that a trustee’s right of indemnity does not prevent absolute entitlement.

Since TR 2004/D25 was published, there have been a number of cases that have considered the concept of absolute entitlement including Oswal v Commissioner of Taxation [2013] FCA 745. In that case Edmonds J expressed the views that a trustee power of sale and a trustee’s indemnity can prevent absolute entitlement.

John bought a block of land after 20 September 1985. John died on 21 June 2002. In his Will John appointed his solicitor, Maria, as his executor and trustee of his estate and left the land to his son Peter.

Following the period of administration, during which Maria collected in all of John’s assets and paid all of his debts, Peter had a vested, indefeasible and absolute interest in the land and was able to direct how it was dealt with. Therefore, he became absolutely entitled to the land and the land ‘passed’ to him.

At Peter’s suggestion Maria sold the land and paid the proceeds to Peter rather than transfer the land to him.

The capital gain from the sale of the land is made by Peter because at the time it was sold, the land had passed to him.

The capital gain does not form part of the net income of the trust arising under John’s Will.

[Note that the answer would be different if John had left the land to Peter and his wife as only a single beneficiary can be absolutely entitled to a trust asset.]

Prior to the introduction of the rules that allow for streaming of capital gains and franked dividends, the general rules for taxation of trusts were contained in Division 6 of Part III of the ITAA 1936 (Division 6). The rules for taxation of trust capital gains and franked distributions are now contained in Subdivisions 115-C and 207-B of the ITAA 1997 respectively. However, to the extent that no beneficiaries are specifically entitled to gains or franked distributions, the rules operate in a similar manner to Division 6.

It is important to understand that the ‘net income’ of a trust and its ‘income’ are separate concepts. ‘Net income’ is a statutory concept and is basically the amount that would be the taxable income of the trust if it were assumed that the trustee was a resident taxpayer. Income on the other hand takes its general law meaning. So, in the case of a deceased estate it is ordinary income – because there is no trust deed to modify it. For a testamentary trust however, the income will be determined in accordance with the Deed. The ATO’s views about the meaning of income of a trust estate are set out in Draft Taxation Ruling TR 2012/D1.

A beneficiary is presently entitled to trust income if they have a present or immediate right to demand payment of it from the trustee. For tax purposes, an entitlement in respect of a particular income year must exist by 30 June; otherwise the trustee will be assessed. The ATO views about present entitlement in the context of a deceased estate are set out in Income Tax Ruling IT 2622.

Importantly, that ruling acknowledges that a beneficiary can be presently entitled to trust income that is paid to them prior to the completion of the administration of an estate. We are seeing cases where a trustee (that is, the executor or administrator) has left themselves vulnerable to claims by beneficiaries for not giving due consideration to the possibility of making them presently entitled.

Near the end of that year it was clear that Daryl would not need the $250,000 estate income to satisfy debts or other claims, however he did not pay the income to the charity. Daryl was assessed on the net income of the trust and paid tax of $89,055.

[Note section 100AA of the ITAA 1936 would not apply as the income would have to be paid to the beneficiary if they are to be regarded as presently entitled during the administration period.]

The final form of entitlement that we will canvas is ‘specific entitlement to capital gains and franked distributions’. The concept of specific entitlement underlies the streaming rules that were introduced in 2011. Prior to the decision in Greenhatch v FCT, many people held the view that if a trustee made a beneficiary presently entitled to income of a particular character, the beneficiary would be taken to be assessed on that part of the net income that had that character. It was thought that tax could be reduced by appointing income to beneficiaries with particular characteristics, for example, to the extent that capital gains were part of the income of the trust it could be directed (and therefore assessed) to a beneficiary who was entitled to the CGT discount.

The streaming rules for capital gains and franked distributions now ensure that result for specifically entitled beneficiaries. However, it is important to note that streaming of other categories of income is not effective for the purposes of Division 6 (although it may be for withholding tax purposes). Broadly, a beneficiary is specifically entitled to a trust capital gain or franked distribution if:

There are rules that ensure that amounts of net income assessed to beneficiaries based on specific entitlement are not also assessed on the basis of present entitlement.