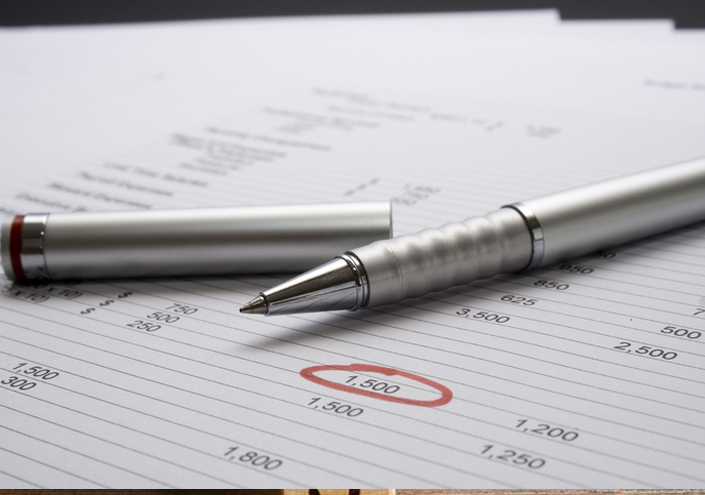 The importance of appropriate trust accounting to ensure the best tax outcomes.

The importance of appropriate trust accounting to ensure the best tax outcomes.

Traditionally, trust accounting focussed largely on ‘who got (or was entitled to) what’ of the trust receipts net of disbursements. The life tenant (‘income’ beneficiary) got the net income, and the remainderman (‘capital’ beneficiary) got the net capital. Distributions would be consistent with this dichotomy. By proper trust accounting, the trustee could discharge their obligations to ensure that beneficiaries were fairly and correctly treated.

This ‘cash method’ of accounting was well-adapted for ‘investment’ trusts and estates, with only the occasional question arising as to the proper characterisation of a receipt or a payment. For example, did a bonus share belong to the income or capital beneficiary? Or was natural increase for a primary producer on income or capital account? Often the deed would give the trustee a discretion to make a reasonable determination of character.

The increase in the use of trusts in Australia from the late 1970’s to carry on businesses required a more sophisticated approach to trust accounting. Movements in trading stock had a significant effect on income measurement, and ‘accruals’ rather than ‘cash’ gave a better measure of distributable surplus. Accounting principles, drawn largely from financial accounting, began to have more relevance because traditional trust cash accounting didn’t really work for businesses (see the ‘station’ cases, such as McBride v Hudson [1]), and the expertise of accountants, rather than lawyers, started to assume a bigger role in trust accounting.

Best practice would suggest that the trustee would, in accordance with the deed and general trust law, determine what sort of trust accounting was appropriate. Some approaches may be better adapted than others for particular issues. Here are some examples:

Take the principle in Upton v Brown [2] for example. It says that, absent a contrary indication in the trust deed, prior year trust losses must be made up first out of profit not capital. The rule applies only where there are different income and capital beneficiaries, based on the decision in Raftland [3].

If both revenue profits and capital profits are taken to the profit and loss account in conventional financial accounting, it will be difficult (if not impossible) to demonstrate the application of this rule. Yet it can easily be done using traditional trust accounting with a simple subtraction from the entitlements of the life tenant at the end of an income year.

Even yearly trust accounting may not work for all cases. To take another example, trustees, more than companies, are in the habit of making ‘interim’ distributions to beneficiaries. More traditional trust accounting, done on a progressive and itemised basis enables it readily to be determined as to ‘what’ is being distributed because there is a record of entitlements of the various beneficiaries and distributions can clearly be recorded as against those entitlements.

Absent such records and recording, it may be difficult in a tax context for a trustee to demonstrate that an interim distribution purportedly only of trust capital is not of trust income (at least to some extent) raising potential present entitlement and tax obligations for beneficiaries which, under the proportional view in Bamford, may not be limited to taxing what they actually receive.

It may be advantageous in resident deceased estates for the trustee to be assessed on a net capital gain under section 99 rates rather than at beneficiary marginal rates, but this requires that no part of a capital gain, for which a choice is desired to be made under section 115-230, has been paid to or applied for the benefit of a beneficiary by the end of 2 months after the end of the income year.

Suitable trust accounting will be needed to demonstrate that this is the case. For example, interim distributions made out of income or certain capital (e.g. cash deposits of the deceased at death) will not cause difficulty, but if funds from capital gains and other capital are intermingled, care would be needed in making interim capital distributions.

Section 302-10 ITAA 1997 provides for different tax implications depending on whether death benefits dependants have received, or may be expected to benefit from, the death benefits. This has to be established, by the latest, at the end of the relevant income year in which the trustee receives the amount.

What sort of trust accounting can be used to demonstrate that such amounts have been received, or may be expected to benefit such dependants? Are the amounts intermingled with other estate funds? Will trust accounting entries be enough to demonstrate the source of a beneficiary entitlement? Might a separate bank account for the amount received from the superannuation fund be preferable in some cases?

Interestingly, there is an edited version of a private ruling PBR 1013082476209 (dated 1 September 2016) indicating that in that case strict tracing was not required from the transfer received by the estate (real property and other assets) to the estate beneficiaries. That is, they could substitute assets of equivalent monetary value for the real property. This goes beyond considerations of mere fungibility of money. Of course, reliance should not be placed on any single edited version as establishing any general ATO position.

Can accounting entries be relied upon?

Those familiar with tax company liquidation accounts will also be aware of the fact that the traditional balance sheet approach does not establish any direct connection between particular parts of the ‘net asset’ side and the ‘shareholder funds and reserves (including accumulated profits)’ side.

So if a tax provision asks whether a distribution ‘represents’ something (such as a particular profit or fund), the best that can be achieved in an accounting sense is to ‘debit’ something on the reserves side and ‘credit’ the asset disbursed (such as cash) and assert that the cash ‘represents’ what lies behind the account debited.

Hence there emerged the well-known ‘Archer Brothers’ principle [4] which is that provided the liquidation accounts permitted the approach, a liquidator could choose what was being distributed. (Prior to that principle, it was thought that if a company entered liquidation with a deficiency in shareholder funds and made some ‘profits’ in realising assets in the insolvency process without restoring that deficiency, any subsequent distributions made must be of capital). With a separate accounting recognition of the profits in the accounts, they could be distributed leaving the original deficiency unaltered.

There is no authority to say that the ‘Archer Brothers’ approach can be utilised in trust accounting, but the notion of keeping detailed trust records and making equally detailed records of disbursements is consistent with that idea.

Many practitioners will have come across section 99B of the ITAA 1936 which taxes resident beneficiaries who receive distributions from foreign trusts of previously untaxed amounts. There is an exception for distributions of amounts of trust corpus (assuming they would not have been taxed on receipt by a resident taxpayer).

If a foreign trust has received a variety of amounts including the settlement sum, additional contributed capital, income profits and losses, capital profits and losses and distributes to a resident beneficiary, how is the amount to be characterised for section 99B purposes?

The section has no attribution rules. It doesn’t say profits first, corpus first, or pro-rata. The ATO is understood to be working to provide guidance on this vexed issue, but in the meantime it may well just come down to onus.

To illustrate the difficulty, in the case of Campbell v C of T [5] the taxpayer failed to discharge her onus that amounts were received from non-assessable trust corpus. There were two sets of accounts presented, one with a negative capital balance (which if correct, meant there was no corpus to distribute) and one, inconsistently, with a positive capital balance and distributions. However, apart from the accounts, there was no other evidence (e.g. from resolutions) that capital had ever been distributed.

It must be remembered too that in some deeds it is not possible to distribute capital until the ending of the trust. In that case, no amount of accounting will overcome an absence of power to distribute.

Remembering that the taxpayer (not the Commissioner) has the onus of demonstrating whether a receipt of a beneficiary is assessable or not, there is definitely a role for good trust accounting.

A poor approach is likely to be one which involves simply an assertion that what is distributed should be regarded as non-assessable up to the balance of corpus or non-taxable capital receipts in the trust.

An improved approach is likely to be one which, at the very least, debits for accounting purposes the relevant account representing corpus or non-taxable capital receipts in the trust. This would require that such accounts be clearly set out and delineated from other accounts representing other amounts.

It is possible that more traditional trust accounting approaches of separately recording and identifying ‘funds in’ and ‘funds out’ and particular ‘distributions’ therefrom (as opposed to relying on (or just relying on) financial account debiting) may be more convincing in terms of effectively ‘sourcing’ the particular distribution in a particular way. Although it must be recognised that even with traditional trust accounting, it cannot be ‘proved’ as a matter of true source what was distributed. There is an inevitable intermingling of funds at the level of physical assets. At that level, can it really be shown anything other than pro-rata?

The problem is that absent clear attribution provisions in the tax act, the gold standard approach may be the one with the highest compliance cost and inconvenience. This is physical separation of the assets concerned in the trust (e.g. separate bank accounts for amounts that would be taxable when distributed and for amounts that would not). In such a case, it can incontrovertibly be asserted ‘what’ is being distributed without the need to rely on accounting entries. Whether such an approach is justified would depend on levels of perceived tax risk and dollars involved.